How To Get Fit Using TRX Training Today 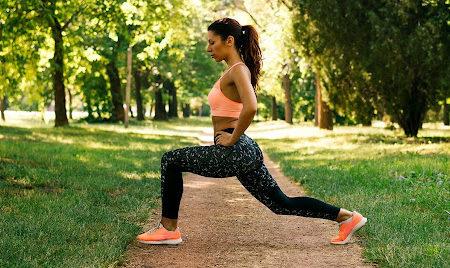 Get Fit Outdoors: Top 15 Exercises To Do In The Park WHO IS Kayla Rowling?

Kayla Rowling is a 2x Ms. Bikini Diva Pro Natural Olympia Champion (2020 & 2021). She is from East Alton, IL, and currently resides in Oak Park, IL. She is 29 years old and has worked full time as an Enterprise Account Executive at McKesson Pharmaceutical for the last 7 years. She most recently became a Posing Coaching helping others in bikini and wellness.

Kayla has been bodybuilding since October 2018 when she met her coach Anthony Badejo and has been competing ever since.

WHEN SHE BEGAN IN FITNESS

Kayla started her fitness journey when she was very young. She is an only child and enjoyed playing outside for much of her youth. As a teenager, she competed in a few pageants, was an active gymnast, dancer, and soccer player, ran track, and cheered in high school and college at Northern Illinois University where she graduated in 2015 with a Bachelor of Science in Textiles Apparel and Merchandising with a certificate in Professional Sales.

What inspired her to get into bodybuilding and fitness was when she attended a bodybuilding competition to support a friend and visualized herself on stage. She thought with the right coach she would do well. She says she had an intuitive feeling that she would be good at it as soon as she became aware of the sport. She learned from a young age that movement made her feel good and happy, and combined with her enjoyment of pageantry – it became the perfect sport to apply her previously acquired skillset. TRIUMPHANT AND VICTORIOUS MOMENTS IN HER LIFE

Kayla has competed at the Natural Olympia 3 years in a row (2019-2021). The first year she got 15th place and did not even make the top 10. She was a rookie and knew she had to earn it. She says coming back the next year and winning Olympia the first time was magical, especially after placing so low the previous year.

She also shares that winning the 2nd time felt great! Other champs say nothing beats that first Olympia win.. but the 2nd time she won Olympia she had a perfect score from the judges. That is something to celebrate! 7 weeks prior to winning her 2nd title she competed at TEAM USA where she placed 3rd in Bikini Open. She said receiving 3rd place lit a fire inside of her that she only plans to grow. In order to beat herself year after year, she says she knows she can’t get complacent. Every time she struggles she tells herself that it’s supposed to be hard. She feels that part of her purpose in competing is to show people what’s possible and this drives her to push forward even on her worst days.

Additionally, her full-time job is very stressful and demanding. She enjoys the challenge of ensuring she gets all of her meals, cardio, water, and workout in, as well as getting all her work done. It is a grind! Off-Season NUTRITION: 6 meals/day in a caloric surplus. Each meal has a protein, fiber, and fat source in it. Kayla eats on a meal plan with a variety of foods depending on her goals and how much weight she is looking to gain in the off-season which can range from 20-40lbs.

Carbs: Oats, red/sweet potato, a variety of all vegetables

FITNESS ROUTINE – Kayla trains 6/days a week on and offseason. She does not have a defined workout split where she does a certain muscle group on a specific day of the week. She does work every muscle group once a week but it is based on the guidance of her coach and what he thinks she needs.

Kayla is really enjoying her new endeavor of becoming a Posing Coach, helping other women with their stage presentation and confidence. Kayla shared that the discipline and confidence she has gained from bodybuilding have helped her in all areas of her life and she would love to continue to help others gain confidence and realize their own power and potential.

This year, she plans to compete in her first international show in Florence Italy in June 2022. This will be her first of 3 shows on the road to the Natural Olympia where she will compete in November to defend her title.

Kayla plans to continue training for her shows and coaching on the side while working full-time in the pursuit of winning the President’s Club next year with her company. Learn More About Kayla Below: Deadlift  – I love compound movements but this is my favorite. It makes me feel powerful and strong.

IRON MAN MAGAZINE FEATURES – Not sure, would you be able to confirm?

HOW DO YOU SUPPORT THE ORGANIZATION YOU COMPETE WITH

Coach & Train athletes to the stage

FAVORITE GO-TO RECIPE  – Egg whites and cinnamon in the microwave… if you are in a pinch! You can learn more about Kayla Rowling by visiting Generationiron.com