Eye of the Tiger: The Best Workouts from Rocky Let’s Get Ready To Rumble! Boxing For Cardio Maintain Your Physique on the Road: Hotel Gym Guide Do you want to lose weight, build muscle, and burn fat? Do you need a great workout?

Train with Rocky’s style! No matter your age or fitness level, you’ll transform your body into that of a champion with the best workouts from Rocky.

If you’ve ever watched the original Rocky movies, you can attest that Sylvester Stallone’s “Rocky” moves are a treasure trove of iconic training sequences. From the first time, we watched him run up the Philadelphia Museum of Art steps to seeing him take on Ivan Drago, the Russian giant in Rocky IV, we’ve been inspired and motivated by the training scenes from this franchise.

In this article, you’ll get all the rocky workouts from the first 4 movies and powerful diet tips. Before that, let’s look at the original and sequel films and some of the different ways Stallone trained in preparation for these films.

Original Movies and The Reboots

Rocky is a classic American story about an underdog who overcomes incredible odds to achieve his dream. The movie has a great soundtrack and inspiring training sequences, but it’s also full of lessons about training for speed, strength, and endurance you can use to get in shape.

The original Rocky, played by Sylvester Stallone, is about an underdog boxer with the heart of a champion. He works on the harsh streets of Philadelphia collecting debts for a loan shark to make a living.

Although he doesn’t have the kind of equipment and resources his opponent has, he trains very hard to prove himself against his opponent Apollo Creed (Carl Weathers), who was considered one of the best fighters in the world at the time.

In preparation, Stallone trains intensively into shape by focusing on building muscle mass and endurance before fighting Apollo Creed in the ring. He does thousands of sit-ups, one-arm pull-ups, and pushups daily, runs up mountains, scrap yard, and snow, and punches the meat.

In this sequel, Sylvester Stallone gets a rematch with Apollo Creed. He famously runs through the streets of Philadelphia, this time with a group of children cheering him.

He also does other types of workouts (frog hop, sparring, running up steps at Philadelphia Museum, and jumping rope) during his training montage as he prepares to face champion Apollo Creed.

Rocky III was released in 1982 and was the highest-grossing movie of 1983. In this film, Rocky Balboa Fights Clubber Lang, played by Mr. T.

The 2 fight twice through the course of the film. After losing the first match, Rocky starts to work with Apollo Creed. Apollo Creed would begin training Rocky with classic workouts that emphasized speed, footwork, and agility. Rocky at the end of the film beats Clubber Lang, by having more endurance to outlast the fighter.

This one features a tough workout. Rocky challenges Ivan Drago, who killed Apollo Creed in their previous fight to fight. To get ready for this match, Stallone Rocky goes through an intense training regimen.

Some of the training on the screen shows Stallone running up a steep hill while carrying a log on his shoulders, shadow boxing, wood sawing, and dragonfly leg- lifts.

On the other hand, Rocky’s opponent, Ivan Drago, uses advanced (for the time) training facilities to increase his strength. You see Drago in scenes preparing for the fight by running on treadmills, using weightlifting machines, and injecting steroids.

Stallone eventually knocks out Drago due to his determination and courage in the fight. How Stallone Trained for the Rocky Movies

Sylvester Stallone is one of the most iconic and well-known action stars in Hollywood. To keep himself and his fans on toes, Stallano approached each Rocky movie with different goals and you can tell how Stallone’s physique transformed over the first 4 Rocky movies.

Rocky’s training regimen was intense, but it wasn’t as revolutionary as you think. It involved a lot of running, weight lifting, and boxing. He would run several miles daily with a weighted vest and do one-arm pushups and dips on the parallel bars (dip-pushups).

For Rocky III, Stallone wanted to look sleek and tight. Therefore, he cantered his training on targeting muscle definition. He reduced his body fat percentage to a jaw-dropping 2.9, which is extremely dangerous.

“I wanted to look like Tarzan—sleek, tight, almost catlike,” “I wanted to forget the bulk and go for well-developed muscles,” said Stallone of Rocky III in an interview in which he squares off against Mr. T’s Clubber Lang.

Rocky IV Stallone wanted to ensure the audience knew the fight scenes were real, so he hired a former Mr. Olympia Franco Columbu, who helped him go full bodybuilder to prepare for the film. Stallone didn’t want anything less than bulging, rock-hard muscles for this film.

By the time he walked into the ring against Ivan Drago, the effort had paid off dearly. Stallone trained 2 times a day, six days a week for the film.

Here are some of the best workouts from each movie’s table below. The table below shows the workouts of Stallone from Rocky I – IV. Before you get too excited about going all-out in your training routine, know that you won’t be able to replicate those scenes exactly.

With that being said, there are still valuable workouts you can learn from the movie.

Stallone didn’t only rely on his old-fashioned workouts and determination to get him through filming. He also took advantage of modern training facilities and equipment. Rocky’s workout routine is intense and very effective. It involves three types of training: cardio, strength training, and conditioning. This routine will help you build muscles, burn fat and improve cardiovascular health.

Here are some exercises to get into shape you can use.

Monday, Wednesday, and Friday Mornings: Chest Abs and Back 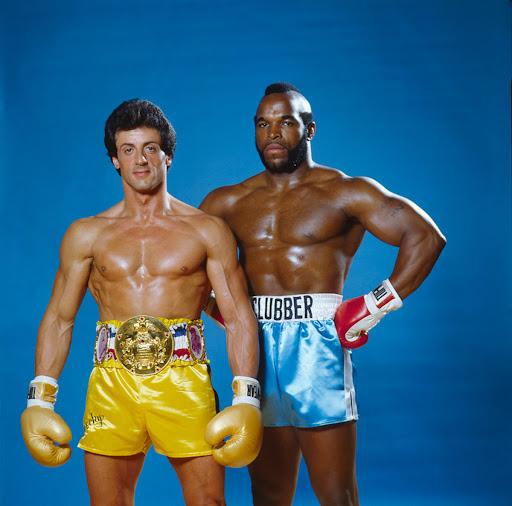 Rocky is one of the most iconic movies ever made, and it’s spawned several sequels and spinoffs that have kept the franchise alive for decades. Whether you’re looking to get in shape or watch some good old-fashioned boxing action, Rocky is the way to go.

If you’re looking for an excuse to hit the streets, Rocky is your answer. Plenty of workouts inspired by the original Rocky require no equipment, and you can do it anywhere.