Back to the Basics: How to Enhance Your Lats 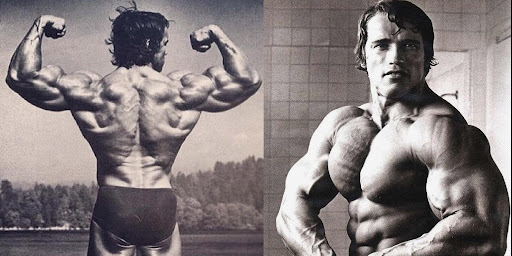 Arnold Aloi Schwarzenegger had always dreamt of being famous and earning a name for himself. He wanted to move to the U.S ever since he was 10 to accomplish his dreams and to do that, he saw only one way: bodybuilding. Bodybuilding became the avenue through which he would make his dreams become a reality. Arnold Schwarzenegger— the Austrian Oak— took his inspiration for bodybuilding from Reg Park who appeared as Hercules and moved to the States at age 21 in 1968.

In 1967, Arnold appeared in a Munich stone lifting competition in which he lifted a stone that weighed 560 pounds between his legs. He placed the stone on a raised platform successfully and won the contest. He then received his first Mr. Olympia title in New York at age 23 in 1970. This was the first out of seven times that he would receive this title. With this title, he brought bodybuilding to the mainstream and soon started appearing in advertisements, magazines, commercials, etc.

Schwarzenegger, being one of the most prominent figures in the history of bodybuilding, wrote an autobiography/ weight training guide and named it Arnold: The education of a Bodybuilder. It was published in 1977 and became a massive success. He also wrote monthly columns for fitness magazines for many years and chose to stay involved in the bodybuilding industry even after his retirement in 1975 as a professional bodybuilder. In 1980, he decided to come out of retirement to compete for the title of Mr. Olympia one last time and after winning the title for the seventh and final time with only seven weeks of training, Arnold retired for the second and final time in 1980.

Arnold had set records for certain exercises. “There are no shortcuts—everything is reps, reps, reps.” he used to say. Following were the records he set: The Arnold Press: What is it?

The Arnold press is a variation of the conventional shoulder press that is named after Arnold Schwarzenegger. It is specifically put together to build the shoulder muscles and it differs from standard upper body exercises since it activates all three deltoids at once in your shoulder, i.e. the lateral, posterior, and anterior deltoids. It is characterized by a rotation of the wrist that leads your palms to face forward at the top of the press as it ends. The Arnold press works many of the major muscle groups in your upper body, including the trapezius muscles, deltoids, and triceps using dumbbells.

To perform the Arnold press in perfect form, choose a weight that is manageable for you to control for 2-3 sets with 8-12 repetitions. The weight should allow you to perform all repetitions in a perfect form. It is better to start off with less weight to make sure you master the form.

To perform an Arnold Press:

Stand up straight with feet hip-width apart. Make sure to keep your chest and shoulders broad while maintaining a neutral head and neck position.

Incorporating the Arnold Press into Your Workout Routine:

Depending on whether you want to add the Arnold press to your upper body or lower body workout routine, the following are some ways you can do that:

Upper Body: The Arnold press can be performed as a superset on a chest day or shoulder day as a finishing exercise. Following are the exercises you can perform with the Arnold press:

Lower Body: If you are working your lower body only, the Arnold press can be performed as a warm-up exercise for the lower back and core. Following are the exercises you can perform with the Arnold press: Seated Arnold Press: It is the ideal variation for beginners as they can concentrate on the form better. It is also ideal for people recovering from lower back injuries.

Alternate arm raises: Instead of lifting both your arms up at once, try raising your arms alternately. This will not only target your shoulders and triceps but will also target your oblique muscles.

Cable machine Arnold press: This variation will decrease the weight load on your wrist without affecting the shoulder workout. It is ideal for people recovering from wrist injuries.

Benefits of the Arnold press:

Following are some things that make the Arnold press a great exercise:

There are certain risks involved while performing the Arnold press and they should be avoided at all costs. Following are the risks:

Arnold Schwarzenegger was known for his well-defined and well-carved shoulders from incorporating the Arnold press in his workout routine back in the day. That is exactly where this exercise is inspired from. The Arnold press is known to activate all three heads of the shoulder at once making it better than other conventional shoulder presses. This press tenses the shoulder and back muscles which results in a quicker breakdown of the fibers.

Before incorporating this exercise into your workout routine, consult a doctor in case of any underlying conditions. Choose a weight that enables you to perform all the reps and if you notice any discomfort during the exercise, stop in order to prevent injuries. To achieve maximum results, incorporate proper supplements and nutrition into your diet. It is also important to perform warm-up exercises before starting the routine.