The Light, Heavy and Medium System 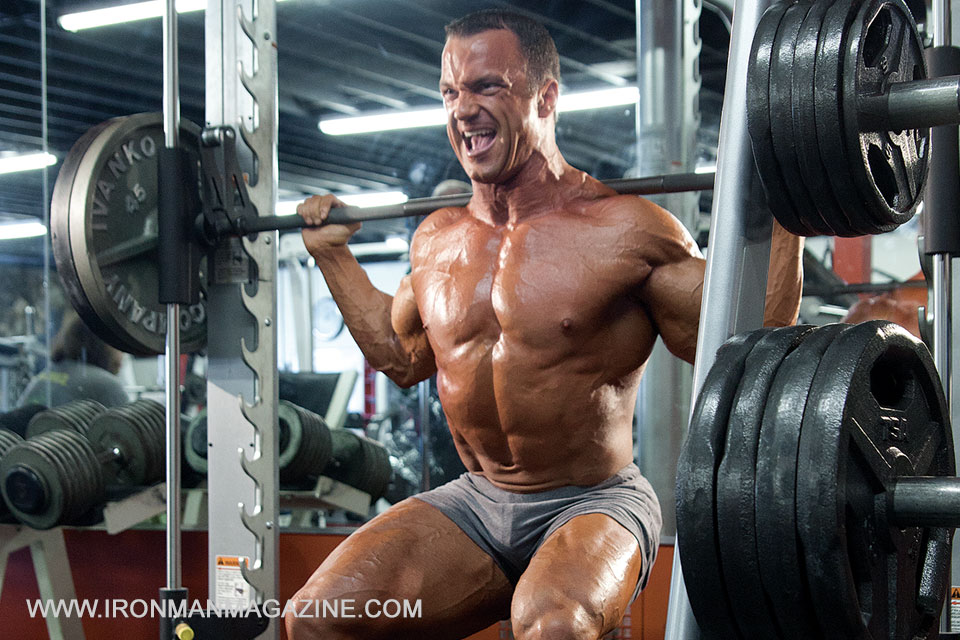 Knowing how to use the heavy, light and medium system is extremely important to long-term success in strength training and bodybuilding.

The concept is rather simple — a heavy session in the weight room should be followed by a lighter one, and the next workout should be somewhere in between the two—and makes perfect sense. The body needs time to recover after a tough workout. Yet there is more confusion over this concept than any other in strength training.

It’s not a new idea, not by a long shot. In the early 1930s Mark Berry wrote about the system in his book Physical Training Simplified. Around that same time Alan Calvert wrote on the subject in his magazine, Strength. But Strength went under, and Berry’s book wasn’t reprinted, so when I became interested in weight training, those resources weren’t available. The people who were now publishing training information—Bob Hoffman, Joe Weider, Peary Rader and Dan Lurie—didn’t include any articles on this concept. Over time it was lost to aspiring bodybuilders and strength athletes.

In fact, the heavy, light and medium system did make it back into mainstream training. A number of lifters and bodybuilders figured it out, mostly by accident rather than intent. That’s how I stumbled onto it—or at least part of it. At the time I was training alone at the gym on the Air Force base at West Palm Beach, Florida. I trained at noon three days a week because the gym closed at 4 p.m., and I was on duty at the emergency room until that hour. Everything I learned was by trial and error—and I should mention that this was the case for every other novice weightlifter in the country.

I worked the hardest on Mondays, since I’d had two days of rest. On this particular day I lifted more weight overhead in the clean and jerk than I ever had before—175 pounds. I left the standard bar and six 25-pound plates on the floor. I wanted someone to come in the gym and wonder what strong individual had handled that much iron. It turned out to be one of those “Be careful what you wish for” moments.

When I arrived for my Wednesday workout, the loaded bar was right where I had left it. As I started my warmups, a kid of about 14 rode his bike into the gym, pulled to a stop next to me, looked over at the loaded bar, and asked, “Who lifted that?”

He looked me over, and I could tell from his expression that he didn’t believe me. “Let me see you do it,” he challenged.

“Okay,” I said, full of confidence. I striped the plates off and did warmup sets with 75, 125 and 150.  Then I put three 25s back on each end of the bar. I must have tried to lift that weight a dozen times, but I never did it. If I cleaned it, I failed with the jerk, and after more failures I was too spent to clean the weight. Finally, the youngster had seen enough. “Yeah, sure you did,” he said sarcastically and rode away laughing.

I was so upset that I grabbed my gym bag and left. That was the first time I ever cut my workout short. For two days I stewed, wondering why I had been unable to lift a poundage that I had handled rather easily at the previous workout. By Friday I was determined to redeem myself. I focused on every attempt and to my surprise discovered that clean and jerking that weight was easier than it had been on Monday.

Now I was even more confused. What was the difference between Monday and Wednesday? Or for that matter Friday? After considering all the facts, I concluded that I must have been fatigued on Wednesday from my very hard workout on Monday, and because I did little training on Wednesday, I had more energy on Friday. Like most beginners I had been going as heavy as I possibly could at every session. I thought it was necessary in order to make progress. I altered that theory and started doing a less-strenuous workout on Wednesday. Right away I knew I was on the right track because all my lifts started moving upward.

Still, I didn’t learn the finer points of the heavy, light and medium system until I started training under the guidance of Sid Henry at the Downtown Dallas YMCA when I attended Southern Methodist University. Yet that slight change in my program enabled me to progress enough to compete in three Olympic meets before Sid started coaching me. The concept has been an integral part of my own training and the programs I’ve given to my athletes ever since. I’ve studied systems used by the Bulgarians and Russians, and by reading between the lines, I’ve found that it is very much a vital part of all their training programs.

There are several ways that coaches incorporate the heavy, light and medium concept into their routines. Some like to use strict percentages: 70 to 80 for the light days and 80 to 90 for the medium days. If a coach is dealing with a large number of athletes, that can involve a great deal of math. At the University of Hawaii and Johns Hopkins, I dealt with all sports, and some weeks I worked with as many as 250 students. So I came up with a simple method to use.

I started them all, male and female, on the Big Three: the bench press, back squat and power clean. Five sets of five is the routine, and Monday is the heavy day. On Monday I’d have them push the numbers on the final sets a bit higher every week. On Wednesday, the light day, they’d still do five sets, but they’d go no higher than what they’d handled for their third set on Monday. On Friday, medium day, they’d do their final set with what they’d used for their fourth set on Monday. There’s nothing complicated about that program, and it meets the qualifications nicely.

You can see where this simplified method makes things easy when you’re dealing with a large group of athletes. I make copies of the program from a page in The Strongest Shall Survive and have them fill in the numbers. That gives them a visual goal for the next couple of workouts and also what they’re expected to lift on their next heavy day.

Another way to incorporate the system into weekly workouts is to go heavy on just one exercise at each session. That’s helpful for those who have not yet built up enough of a strength base to improve all three exercises one heavy day. Let’s say our lifter goes heavy on his squats on Monday but stays light on his power cleans and medium on his bench presses. Then on Wednesday he gives the benches priority and works them heavy, while his squats get a light day and power cleans a medium day. On Friday power cleans move to the front of the session, and he goes heavy, followed by a light day for the benches and a medium day for the squats.

Many beginners like that format because they can concentrate more fully on just one exercise. One trap that many fall into, however, is adding more work on the light day. They have plenty of energy left at the end of the workout, so they slip in some arm work. Then a bit more. While the auxiliary movements are not as demanding as the primary exercises, they still tap into energy levels. If you do too much small-muscle work, it will have an adverse effect on the medium day, and that, in turn, will have a negative influence on the next heavy day. The light day is really the key to making consistent progress in any strength program.

Next time I’ll explain how to use the heavy, light and medium system when you add more exercises as you move into the intermediate stage. It’s a tad more complicated, because many new elements come into play, but it’s doable if you understand the system.