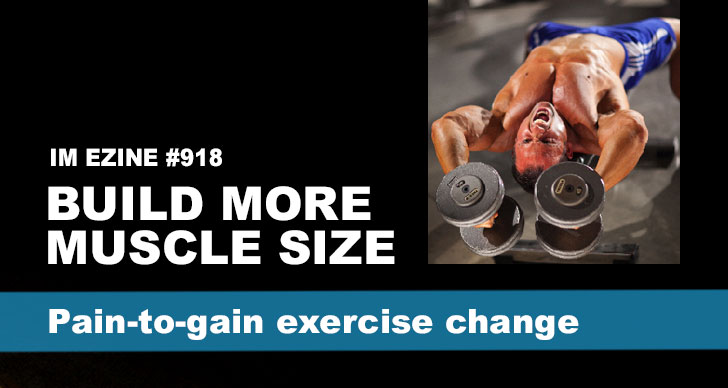 Mike Gritti loves to do battle—not just on a bodybuilding stage but in hand-to-hand combat arenas. From wrestling to mixed martial arts to his latest endeavor, arm wrestling, he puts his freaky guns to work, taking dead aim at his adversaries. In arm wrestling he’s had some state wins and is working his way up the ranks. In bodybuilding he took seventh in a 26-man class at the ’14 NPC USA. What’s the story on this promising flexer, who’s been navigating the bodybuilding ranks for more than a decade—and what’s up with those crazy arms? We’ll get the nitty gritty from the man himself, beginning with the basics.

IM: Let’s start with your stats—age, height and ripped bodyweight?

IM: Where did you grow up, and where do you live now?

MG: I grew up in Oak Grove, Minnesota; it’s a suburb just north of Minneapolis. I currently live in Lino Lakes, which is not too far away from there.

IM: What do you do for a living? “I was a wrestler from the age of seven and competed in college. I also did some MMA fighting.”

MG: I was a wrestler from the age of seven and competed in college. I also did some MMA training and fighting during college and afterward. In 2011, I started competing in arm wrestling and entered several tournaments.

IM: How did you get into bodybuilding and weight training?

MG: As a boy, I watched tough guys like Arnold Schwarzenegger, Sly Stallone and Jean-Claude Van Damme on TV and wanted to be just like them someday. We did plenty of bodyweight exercises for wrestling, but I picked up my first weight at 10 years old—it was a 12-pound dumbbell—and haven’t stopped since. The only exercise I knew how to do correctly was concentration curls. I would keep it in the living room, and every time I saw it, I’d sit on the edge of the couch and do as many reps as I could.

Like many others, my first set of weights were Weider plastic-covered cement weights, at 12 years old. I was always fascinated seeing the bodybuilders in magazines. I did my first show as a teenager, the 2001 Minnesota Gopher State, and won my class. I took a six-year intermission from the stage to concentrate on wrestling and MMA. In 2007, I came back to win the overall at the Upper Midwest show, followed by the Gopher State. I’ve been competing ever since.