March Figure Follies—Wilkins and Stern Get the Wins 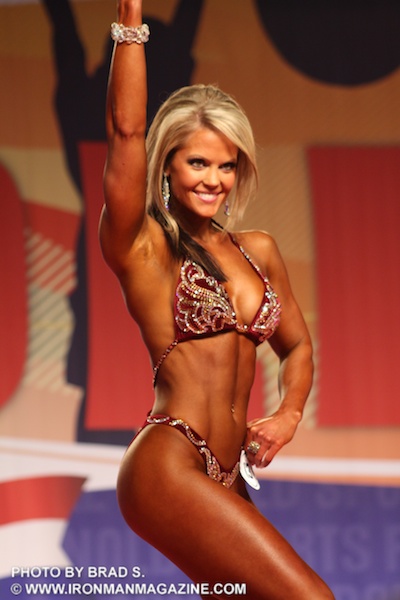 The top two figure competitors in the world each notched a victory this past weekend, albeit worlds apart. Figure Olympia champ Erin Stern topped the lineup at the New Zealand Pro on March 19, while Figure International champ Nicole Wilkins made the gals at the St. Louis Pro kind of wish she’d stayed home. In case you’re counting, that means they each have two victories so far for the 2011 season.

Let’s start with the Kiwi cuties. Eight lovely ladies made their way to Aukland for this second-year show put on by Moe El Moussawi. Erin, who was second at the International on March 4 and got the big prize at the Australia Grand Prix a week earlier, was an easy prediction for first and won it unanimously. Latisha Wilder, a favorite of reporter types like yours truly, was ninth at the International. She made the trip from her Central Ohio base and is indubitably glad she did, as she picked up the runner-up check. Third went to New Zealand’s top figure competitor, Raechelle Chase, who I had the pleasure of meeting when she came to Los Angeles last year for the Cal Pro.  A charming, beautiful woman—she and Latisha will be welcome additions to the Olympia lineup next fall. Both of those gals also earned their spots unanimously. One thing about this show and the Australian event: It gives the American fans and press a chance to get a look at numerous new-to-us faces from that part of the world (in case you thought Rosa Maria Romero was the only figure pro in Australia). You’ll find images from the Aussie show at ifbbpro.com, and I expect that photos from New Zealand will be posted there by the time you read this.

As for the St. Louis festivities, promoters Jack and Ann Titone drew a dozen dazzling athletes to their first-time pro effort, which they teamed with a pro bikini competition (see the following entry). Once again, the scores for the top-three placings were unanimous, with Teresa Anthony, seventh at the International, moving up to second and picking up a deserved Olympia qual and Ava Cowan, third at the Figure I, repeating that placing here. (That’s right, Teresa moved ahead of Ava—make of that what you will.) Monica Specking, the ’10 NPC Figure National champ, took the fourth spot, and Michelle Bautista-McDonald rounded out the top five. As I perused the score sheet and judging photos for this show on Satuday, one question came to mind: Why did ’10 NPC Junior National champ Josie Zamora land all the way down in 10th? Perhaps it’s just not her time to be discovered by the panel.