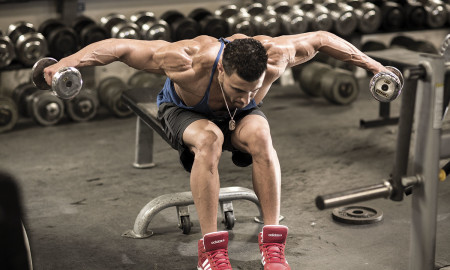 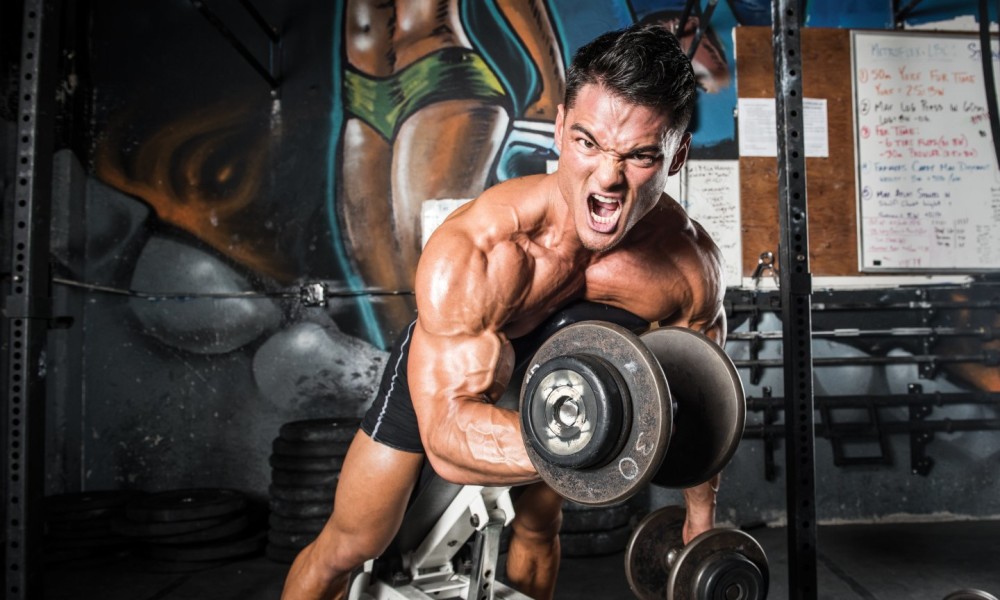 When it comes to adding or subtracting body fat, scientists used to believe it was simply a matter of calorie control. Now they are realizing it’s not that simple; there is a major hormonal connection, namely insulin. You can eat below your maintenance-level of calories, but if you’re spiking insulin continuously, you still get fat. That explains why obesity is rampant, even in poverty stricken areas–bad food choices, like processed high-glycemic carbs, that continually spike insulin, which stuffs the fat cells.

As for building muscle, we’ve known of the hypertrophic-hormonal connection for decades–it’s the reason anabolic steroids work. It’s also the reason those of us who don’t use need to pay close attention to spiking our anabolic hormones naturally if we want to add the most muscle possible. Just like insulin produces excess fat packing, testosterone and growth hormone jack up muscle building. And to make that happen we’re told to train hard–all out–with heavy weights. You blast your body to force anabolic hormone release, right? Hmm.

True, shocking your body with heavy weights can up your anabolic hormones, but it produces significant stress–and that causes your body to release cortisol. That’s the fight-or-flight hormone that can chuck loads of muscle into your energy furnace. Oh, it’s also a nemesis to testosterone and growth hormone–in other words, it smothers those anabolic hormones like a wet blanket on a camp fire.

So going crazy in the gym too often can be like spinning your wheels–you do everything possible to trigger T and GH release with heavy balls-to-the-wall sets, but the cortisol kicks in and reduces or even reverses muscle growth. Every workout becomes a muscle beat-down. It may be exactly why your gains are so painfully slow or nonexistent. And the older you get, the more this scenario is magnified. That’s because you have less T and GH to begin with.

If you love training heavy and going all-out on a lot of sets, you should employ the phase-training model. That’s using back-off phases every four to six weeks. Stopping all sets two reps short of failure and/or going lighter will help realign your anabolic drive–T and GH will be revitalized. You’ll probably even get a muscle-size increase during the healing phase.

If you’re not that ego driven in the gym and you’re looking for more muscle, you may want to consider the 4X mass-building method. I’ve explained it here before, but for the uninitiated, it’s taking a weight with which you can get 15 reps, but you only do 10; rest 35 seconds, then do it again–and so on until you complete four sets. On the fourth set you go all out, and if you get 10 reps, you add weight to that exercise at your next workout.

Right away you can see that 4X is a moderate-weight, high-fatigue size-building method. That means…

1) You get less joint stress, which results in less cortisol release–so you don’t short-circuit your anabolic hormones.

2) You train both “sides” of the key growth fibers–the force-generating myofibril strands and the sarcoplasm energy fluid (major muscle pump).

4) You get cumulative muscle fatigue, crashing through the growth threshold over four sets, which results in testosterone release.

But wait! Don’t we need heavy all-out sets to up our T the most? Not according to recent studies. Here’s what our resident Ph.D.s at IRON MAN, Gabriel and Jacob Wilson, discovered:

“Researchers found large changes in testosterone following a moderate-intensity protocol [70% 1RM, multiple subfailure sets], and no significant increases were found after numerous sets performed at 100 percent intensity [1RM]. This suggests that bodybuilders may benefit from lifting in a moderate repetition range of eight to 12. It appears the greater rise in testosterone may be the result of greater metabolic stress, such as increases in lactic acid following moderate-intensity, rather than maximal-intensity, training. Moderate intensity, high-volume exercise—eight to 12 reps and more than four sets—leads to greater increases in testosterone than low-volume, maximal-intensity exercise.” (Med Sci Sports Exerc. 36(9):1499-1506. 2004.; J Appl Physiol. 74(2):882-887. 1993.)

Bottom line: If you’re going for strength with a size side effect, train heavy—just be sure to use lower-intensity phases every few weeks. On the other hand, if you’re more interested in building size–triggering major muscle growth with a strength side effect–use moderate-weight, high-fatigue training like 4X most of the time. You will be less stressed and primed for mass-building success.

Stay tuned, train smart and be Built for Life.

Note: The 4X Mass Workout is available at X-Workouts.com, as are the two 4X companion e-books, The X-centric Mass Workout and The Power-Density Mass Workout. They show you how to mix heavy training with moderate-weight 4X.