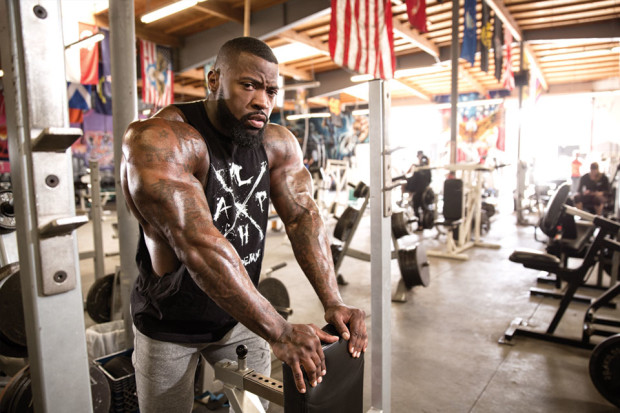 Insulin is best known for its effects on carbohydrate and fat metabolism. Simply put, it acts as a storage hormone, increasing the body’s energy stores in the form of triglyceride, or fat, stored in fat cells, and glucose stored in liver and muscles. Insulin is a polypeptide hormone composed of 51 amino acids in a specific configuration. Because of its protein structure, insulin cannot be taken as a pill but rather in injectable and nasal spray forms.

A lesser known function of insulin is anabolic in nature. Most scientists agree that its main function in this area is to prevent excess muscle breakdown—hence its reputation as a primary anticatabolic hormone—but it also aids the entry of aminos into muscle, where they’re used for muscle-protein-synthesis purposes, an anabolic action. Some studies suggest that insulin can actually stimulate the  protein synthesis, but only in the presence of a lot of amino acids.

Insulin is essential to life; without it the cells cannot uptake glucose, the sugar that circulates in the blood. Insulin is produced in the beta cells of the pancreas, and when those cells are damaged or destroyed, type 1 diabetes results. That type of diabetes, which is more common in younger people, requires lifetime use of insulin, as the pancreas no longer makes it or doesn’t produce enough.

The other type of diabetes is type 2, in which the pancreas still produces insulin, but the cells become resistant to it. Type 2 used to be called “adult-onset diabetes” because it usually occurred after age 40. In recent years, however, many younger people, even children, have gotten it. Type 2 diabetes is controlled by oral drugs, or in some cases insulin is required.

Insulin resistance is considered to be “pre-diabetes,” and the major symptom is elevated blood glucose. Basically, insulin has become ineffective. Exactly why that happens isn’t clear, but there is a relationship between the size of fat cells and the onset of diabetes that’s so strong, many diabetics can either reduce or get off insulin if they lose enough bodyfat.

Insulin is considered the most “fattening” of all hormones. Indeed, all low-carb diets are based on controlling insulin, since carbs, particularly simple, or high-glycemic, carbs, which are rapidly absorbed, are the most potent stimulators of insulin release. Bodybuilders and other athletes take advantage of that when they have a postworkout drink containing a rapidly absorbed protein source, such as whey, combined with simple carbohydrates. That raises insulin higher than just protein alone and is thought to encourage greater amino acid uptake, as well as more efficient glycogen production. Older people, who are often insulin-resistant, show increased loss of muscle, as insulin is needed to prevent excess muscle breakdown. In most cases, however, age-related insulin resistance is not due to high bodyfat but to long-term lack of exercise. Without exercise muscles become insulin resistant.

In recent years many bodybuilders and other athletes have used insulin as part of an anabolic drug stack. The ostensible reasoning is that insulin not only provides potent anticatabolic effects in muscle and boosts glycogen repletion but also blunts the side effects of other anabolic drugs, particularly growth hormone. One of those side effects is high blood glucose, which is due to the release of more fat into the blood. The high levels of fatty acids compete with glucose for cellular uptake, causing the glucose to accumulate in the blood rather than get into cells. Adding insulin cures the problem by overcoming the GH-induced insulin resistance.

Even so, injecting insulin is fraught with problems if it’s not done properly or it’s used in too high a dose. Several elite bodybuilders have either fainted from insulin-induced hypoglycemia, a.k.a. low blood sugar, or, even worse, slipped into short-term comas. Most have survived, as the antidote is to give them a quickly absorbed form of glucose; for example, juice.

Perhaps the major controversy about insulin is its effects on bodyfat. Proponents of low-carb diets claim that insulin is the major culprit behind the current epidemic of obesity, implying that insulin itself can promote bodyfat synthesis. If insulin is tightly controlled, such as with a low-carb diet, they say, fat loss will rapidly ensue. In fact, that is precisely what happens to most people who go the low-carb-diet route. Low-carb critics dispute that, insisting that you cannot get fat unless you take in more calories than you burn through activity. Insulin, they insist, is just an innocent bystander in the fat-synthesis process, and you will not get fat if you control calories and exercise enough to burn the excess calories.

Studies that have compared low-carb diets with other popular plans usually show that they’re more efficient at lowering bodyfat and also maintaining lean mass, since they often feature more protein. Other studies show that while low-carb diets do indeed encourage faster fat loss, it levels out after a few months, to the extent that after a year there’s little difference. Of course, compliance is a major reason for the success of most diets, and many people like eating low carb because they feel less hunger.

The question is whether insulin control is really the major reason for the success of low-carb diets. If it is, that would mean that insulin deserves its rep as a fat-boosting bad guy. One study featured 10 men, all in their 20s, who increased their food intake by 300 to 500 calories a day for 4 1/2 months. The goal was to gain about 10 pounds. The result: The men didn’t secrete more insulin but instead lost their ability to remove it from the blood, a condition called hyperinsulinemia. In short, they became insulin resistant, which points to increased bodyfat as the cause of insulin resistance. As noted above, enlarged fat cells are inflammatory and known to interfere with insulin activity.

But another study, published in 2007, looked at the effects of insulin on isolated fat cells and found a direct stimulation of added fat accretion. It involved insulin’s interfering with proteins and hormones that release fat from fat cells. Insulin also blocked the production of another protein that is a key to producing mitochondria in cells, where fat is oxidized. Fewer mitochondria means less fat burning.

The most recent study that examined the effects of insulin on bodyfat focused on lab mice.1 It noted that most people who start using insulin (with the notable exception of bodybuilders) gain weight. It turns out that rats and mice have two insulin genes: insulin-1 is found mainly in the pancreas, while insulin-2 is found in the brain and is similar to the human insulin gene. The insulin-1 gene is responsible for one-third of the insulin secreted from the pancreas. Insulin is also secreted in the brain, where it’s involved in several processes, including appetite control and cognition. Too much insulin in the brain is linked to Alzheimer’s disease, leading some researchers to call Alzheimer’s “type 3 diabetes.” On the other hand, brain insulin lowers appetite. One reason that eating too much fructose makes you fat is that it doesn’t trigger an insulin release afterward and so doesn’t turn off your appetite.

What the scientists in the mouse study did was produce mice that lacked the insulin-2 gene. Though they still produced insulin—because the insulin-1 gene was functioning—the no-insulin-2 mice had lower fasting insulin and didn’t get fat no matter how much they ate. They also had less body inflammation and less fat buildup in their livers, which is a known cause of insulin resistance in humans.

Analysis of the special mice showed that eliminating one of their insulin genes led to their fat cells acting more like brown adipose tissue, which is highly thermogenic and converts excess calories into heat. Sure enough, the white fat cells in the special mice showed an upgraded production of a protein that’s largely responsible for the thermogenic activity of brown fat. That explains the animals’ ability to eat whatever they wanted without getting fat: the excess calories were converted into heat. A study published a few years ago showed that mice who lacked insulin receptors on their fat cells were not only protected against diet-induced obesity but also lived an average of 17 percent longer than normal mice. The mice in the newer study also showed a reduction in processes that led to new fat cells being formed. As such, the researchers concluded that excess insulin release is mainly what sets into motion the development of obesity, and that the excess insulin comes before insulin resistance rather than after it.

The implication is that if insulin levels are tightly controlled, as with a low-carb diet, the fat cells will be able to burn up excess energy rather than have it stored as fat. Excess insulin is known to turn off a protein that regulates the breakdown of fatty acids, leading to an increase of fat in the liver and subsequent insulin resistance. Excess insulin also interferes with another protein “master switch” that regulates longevity, explaining why people who live to advanced ages, such as 100 or more, always show low resting insulin.