The competition was tight last night at the ’10 New York Pro Bikini Championship, where Florida’s Missy Coles led a lineup of 22 at the Tribeca Performing Arts Center in downtown Manhattan. That comment came from IRON MAN lensman Roland Balik, who was shooting his very first pro bikini event, and since Roland isn’t one to make puns, I assume that by tight he meant close. Still, a perusal of Roland’s pics shows a winner’s circle of gals who were all nicely conditioned—not in a bodybuilding or figure way, but they definitely look as if they work out, hard. 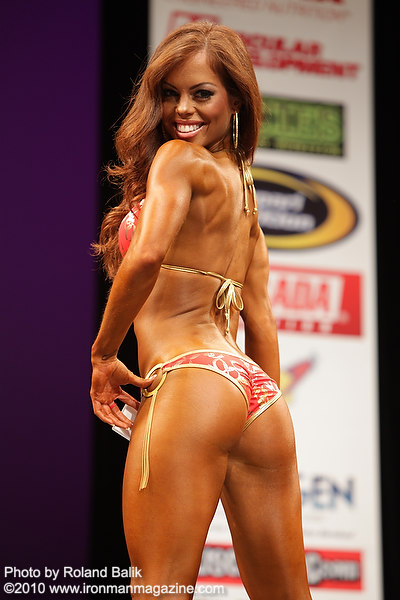 Coles, who graduated to the pros after taking the uber-tall class and overall at the ’09 Team Universe, commands the stage with one some of the longest legs and snappiest stride ’n snaps in the sport. She made an impressive debut at the Europa Show of Champions in Orlando, Florida, a few weeks ago, taking the number-three spot behind Nathalia Mello and Jaime Baird. In New York she got the panel’s overwhelming approval coming in eight points ahead of second-placer Shelsea Montes and becoming only the third IFBB pro bikini winner ever. The competition for the runner-up spot was another story. Montes, who won the overall at the ’09 Junior USA almost a year ago and earned the IFBB’s first pro card in bikini, took second by a single point. She’s been moving up in the placings since making her debut at the Show of Champs, and in New York she projected the kind of shape, symmetry and sizzle that should make her a strong contender come Olympia time.

In third, demonstrating a never-say-die spirit along with some hot new moves—and a new siren-style look—refugee-from-figure Sherlyn Roy finally found the right combination to make her mark in bikini. After she finished ninth at the Muscle Contest show in March, I joked, Whoever thought Sherlyn Roy would be considered too big? When she dropped to 11th in Orlando another correspondent suggested to me in conversation that Sherlyn’s body was tired and she should take some time off the stage. Good thing no one told her that, or if someone did, she didn’t listen. 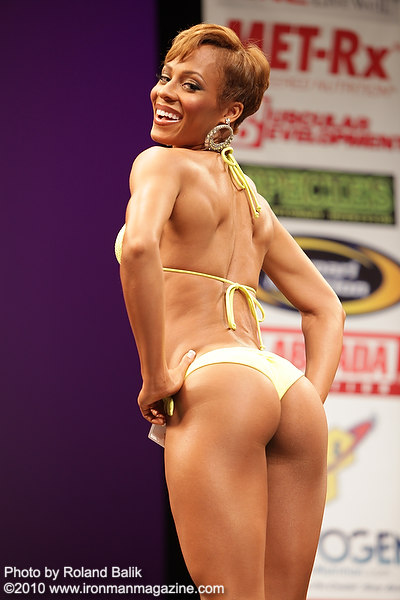 Finishing decidedly in fourth was ’09 USA Overall champ Kristal Marshall in her pro debut. Marshall exuded plenty of attitude and style onstage, but her lower-body parts weren’t quite as tight as the rest of her. That said, she had some of the most effective backs shots in the show—although Missy Coles fans might give me an argument about that.

An improved (dare I say tighter?) Alea Suarez rounded out the top five. Is it time to predict an Olympia qualification for her future?

The pro bikini circuit will take a break for a couple of months, with a four-show summer series coming up: the Pro Bodybuilding Weekly Championship in Tampa, Florida, July 16 and 17; the Europa Battle of Champions in Hartford, Connecticut, July 23 through 25; the Jacksonville (Florida) Pro Bikini on August 7; and the Europa Super Show in Dallas on August 13 and 14.

Here are the complete results from New York:

*Qualifies for the ’10 Bikini Olympia.