Get Up, Stand Up 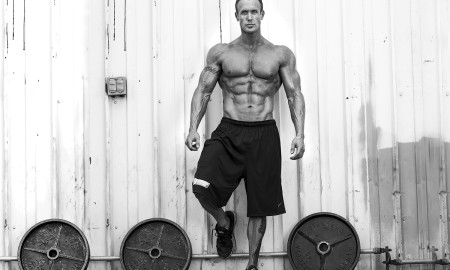 Your desk might be slowly killing you. Spending eight hours a day in a chair ingrains dysfunctional movement patters (wreaking havoc on your squat and deadlift form) and beats down your cardiovascular system and metabolism.

According to a new study conducted at the University of Iowa, employees with work stations that allowed the option to stand as well as sit (known as sit-stand desks) stood 60 minutes more a day compared to those with traditional sitting desks.

The study, which was published in American Journal of Preventive Medicine, also found that employees using a sit-stand desk walked an additional six minutes a day. As a result, those with sit-stand desks burned almost 100 calories a day more than their sitting counterparts. That’s not a huge number, but over 20 workdays a month, it can really add up. Additionally, this study included a long-term follow-up and concluded that the extra activity was not due to the novelty of a new desk, and that even after more than 18 months, workers with sit-stand desks continued with their more active daily behavior. IM