Feel Better About Yourself Now 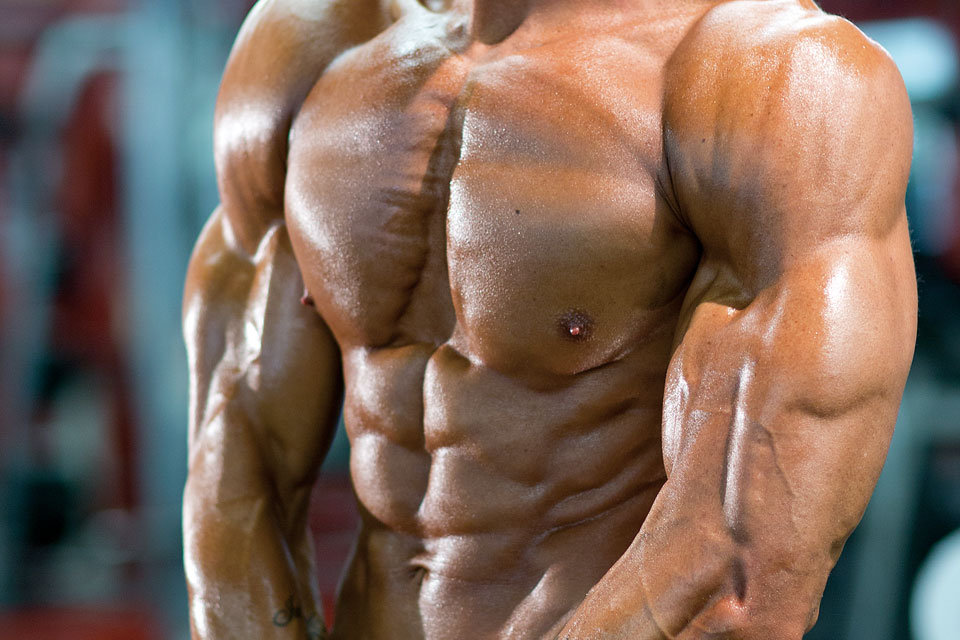 Bodybuilding magazines can serve as tremendous sources of inspiration and yet can also foster discouragement and low self-esteem in many cases. Problems arise when we compare ourselves to the incredible physiques on the covers and splashed across the pages, and unfortunately, that type of comparison has been hard-wired into the male brain since the days when our biggest, strongest ancestors ruled the tribes. Here are some very common reasons that guys feel inadequate when leafing through bodybuilding magazines or surfing Web sites and some suggestions for how a simple shift in perspective (plus some inside information you may not be aware of) can help snap you out of your pity party and get you back to feeling inspired.

You’re not as big as the guys in the magazines. No, you’re not—and neither are 99.9 percent of those who train hard and eat right. It really isn’t very different from porn, if you’ll indulge me for a moment. Many men who watch a lot of porn view their penises as being woefully small, not realizing that adult film actors are chosen primarily because they are genetic anomalies in that respect. They are about as close to representing normal penis size as an NBA team is to representing average height. The same can be said of most bodybuilders you see in magazines (though IRON MAN makes a real effort to showcase more attainable physiques rather than freaks). These are men who were born with very rare genetics for building muscle. Some of them were big and muscular before they ever touched a weight, while others grew to massive proportions with just a couple of years of training. In addition to their exceptional genetics, many that you see are enhanced with steroids and other drugs like growth hormone and insulin that enable their muscles to reach such outrageous proportions. Unless you are a genetic freak using the same goodies, it’s foolish to compare yourself to them.

You’re not as ripped as the guys in the magazines. Here’s a shocker—neither are they, most of the time! When I started reading the magazines in the late ’80s, I assumed that the bodybuilders pictured in them were shredded all the time. A few years later I discovered that the training and posing photos were usually taken immediately before or after a competition. Those guys and girls certainly did not maintain lower-single-digit bodyfat percentiles year-round. To greater and lesser extents they all got heavier and smoother during the off-season. In fact, when I moved out to Los Angeles in early 1991 and began training at Gold’s Gym in Venice, I was stunned to see how far out of shape some of them got! You shouldn’t feel the need to stay in contest condition all the time either, as it’s neither good for your health nor realistic. Never beat yourself up because you’re not ripped to shreds—unless you’re competing and it’s contest day!

You’re not the strongest guy. All pro bodybuilders are fairly strong compared to the average gym rat, and some of them, like Ronnie Coleman, Branch Warren and Johnnie Jackson can handle roughly the same weights as world-class powerlifters. But strength, like muscle, is something that some people have a natural talent for building. If you choose to train for pure strength rather than develop the best physique you can, you will certainly become much stronger—but you won’t look as good. In fact, It’s the stubborn refusal to train with more moderate weights and a have better mind/muscle connection that prevents many would-be bodybuilders from ever looking quite like a bodybuilder. So unless you absolutely must be as strong as possible (meaning you’ll need to do mostly low-rep, explosive lifting), don’t worry about what the guys in the magazines or videos, or even the guy on the weight bench next to you, is using.

You aren’t making rapid progress. Before-and-after ads have created a totally unrealistic set of expectations for the amount of muscle one can gain and the time frame in which it can be gained. The only people who legitimately make rapid progress are raw beginners, those using steroids (and even then, typically only with the first few cycles), those regaining previously existing muscle after a long layoff and the grand daddy of them all, those using steroids to regain lost muscle after a long break from training. Unless you fit into one of those special categories, you will not be putting on 10 to 20 pounds of muscle in a month or two. After a few years of training hard and eating right, you’re doing just fine gaining three to five pounds of lean muscle tissue every year. The longer you’ve been training, the less muscle you will gain, as you will be getting closer and closer to your ultimate size potential, something we all do have.

As you can see, the magazines can either pump you up with red-hot motivation or leave you feeling like a loser. It’s all in the way you perceive things, and in the end perception is reality.