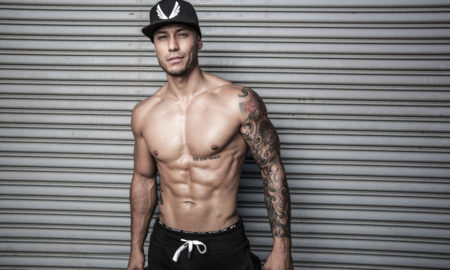 Best Of Both Worlds 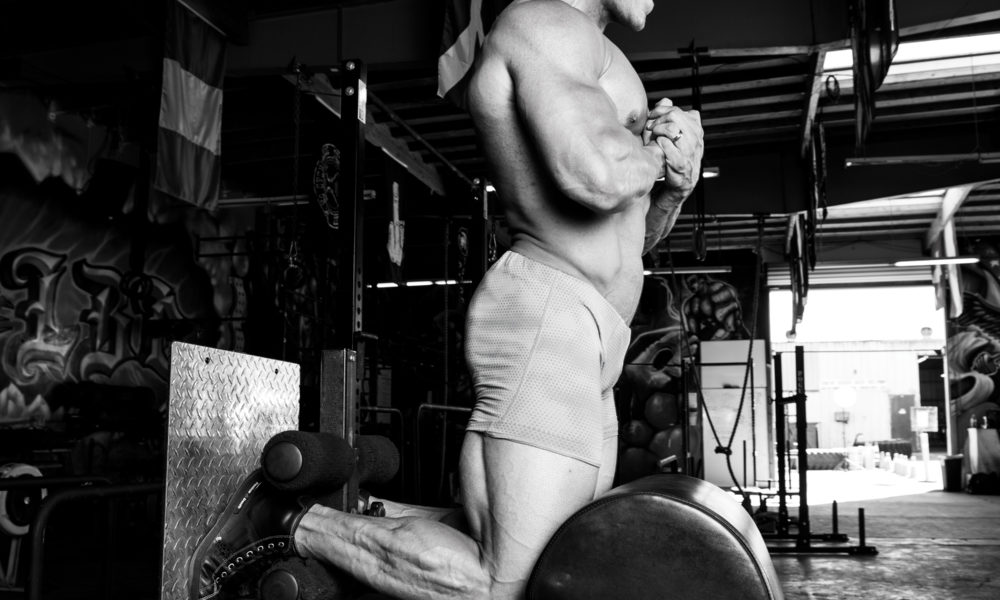 Five exercises that develop your midsection for total-body strength.

It seems that strength is a rapidly growing pursuit for many athletes in today’s weight room. Just the same as it was back in the ’70s and ’80s, friends get together in the gym and make attempts at big numbers. That’s the way it should be. After all, the game of strength is fun! At the end of the day, there are four main primal lifts: squat, bench, deadlift, and overhead press — all of which require an incredible amount of core strength for both explosive and stabilization purposes. The movement patterns of these lifts are relatively complete: You have two push patterns, one main pull pattern, and one leg pattern. And these four main functional lifts all share something in common: power that is derived from the core and transferred to the extremities.

Your core is everything, especially when performing primal functional movements. Here are five of the best core-strengthening exercises designed to increase your overall strength and explosiveness.

This commonly overlooked movement often looks like a poorly executed squat. However, it is one of the most comprehensive movements for the posterior chain. To complete a good morning, begin with the bar on you back (at the base of the traps) as you would set up for a back squat. Keeping your back tight, shoulders pinched together, and chest up, the movement begins with a break at the hips. The hips move backward until your torso becomes almost parallel to the floor. You must fight to keep your chest up, even at the bottom of the movement. This is what develops core stability. At the bottom of the lift, reverse the motion back to the starting position by thrusting your hips forward. A good morning should not be performed with straight legs, but rather a slight bend in the knees. Straight legs will place an excessive load on the lumbar spine and prevent you from executing a proper hip-hinge.

Good mornings have a direct carryover to increasing both the squat and deadlift. Start out with a weight that is about 30 to 40 percent of what you squat. Aim for three to four sets of five to eight reps. Many of our strength athletes at Metroflex LBC chose to complete good mornings as an assisted movement after back/deadlift day (others do theirs after squats/leg day).

Knee jumps are a great plyometric exercise that can be performed just about anywhere (although grass, turf, or an impact-absorbing mat are better for your knees than concrete). Begin on your knees with your chest and core upright. From the start position, generate power by slightly contracting the hips and then exploding the hips into extension allowing you to jump from your knees and land on your feet in a standing position.

Knee jumps help athletes generate power in their hips, and that power is transferred to the body’s extremities. This hip power is the same type needed for big deadlifts and squats. In its most primal form, knee jumps require no equipment. However, it’s easy to modify and progress this versatile movement: Once you can easily bang out a dozen knee jumps, try adding weight to the movement by holding a dumbbell in each hand. Dumbbells don’t have to be very heavy, as the movement is already difficult with just bodyweight. Another modification you can do is a knee jump onto a box jump. In which you would perform a standard knee-up, and then jump up onto a plyo box immediately following. Ideally, there would be no adjusting steps in between the knee jump and the box jump. Meaning, complete the box jump in the same foot stance that you received the knee jump from.

Some of you might not even know what this machine is, but devoted strength athletes live and die by this apparatus. The reverse hyper is a machine designed to produce raw hip extension in its most primal form. Because you are lying down, there is no vertical compression placed on the spine, which makes it a friendly core movement for anyone with a back injury. The reverse hyper teaches athletes how to open up their hips and bring them to full extension, all the while maintaining midline stability.

While using a reverse hyper, try pulling your legs back as high as possible without hyper-extending your lower back. Knees should remain straight during the movement. Bending at the knees will only curl the tension into your hamstrings, rather than going into the lower back where it belongs. Along with strengthening your core, the reverse hyper has been credited to decompressing the spine — therefore decreasing pain and stiffness in your back. 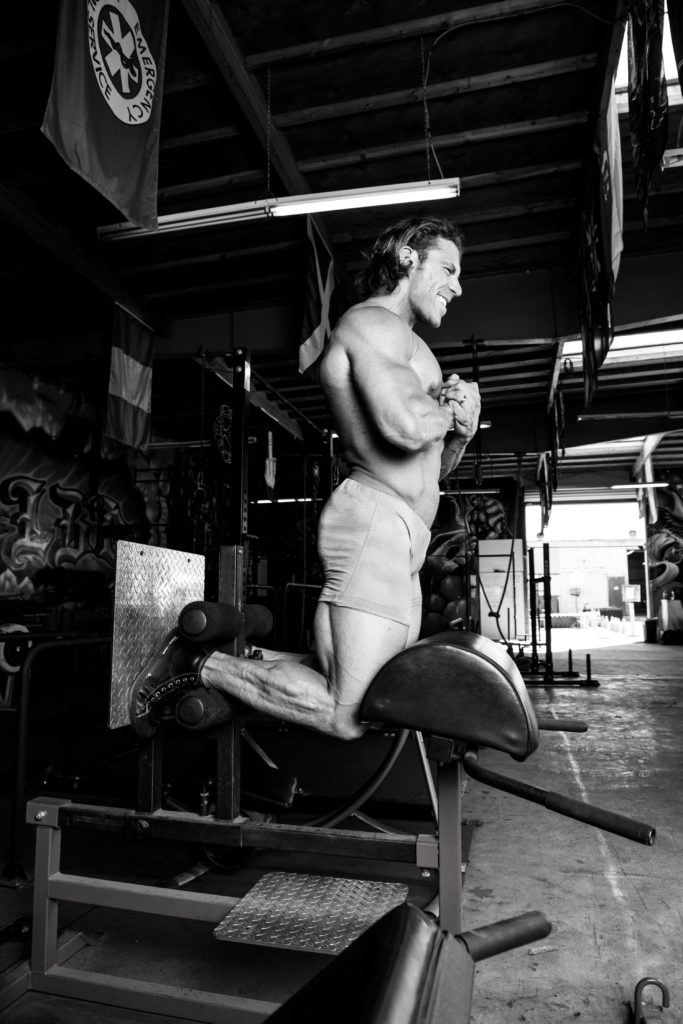 Glute hamstring raises (or GHRs) are an effective movement for the whole posterior chain, as it targets the lower back, glutes, and hamstrings. Often confused with a back extension, the GHR has slightly different movement mechanics that make this one exceptionally more difficult. For starters, as your body rises from the down position, your knees will begin to bend (shooting down toward the ground). At the same time, your back will remain tight and your chest will remain as upright as possible. Unlike a back extension, the movement does not stop when your body is parallel to the floor, but rather continues past that mark and into an almost upright position at the top. The top of the lift is when you squeeze your glutes and lower back before lowering yourself into the original start position.

An easy way to modify this movement is by holding a weight at your chest position while performing the movement. It’s easy to overstrain the lower back with this movement (since the lever is extended so far out from your knees), so use a suitable weight that you could complete 12 to 15 reps for three to four sets.

If your gym doesn’t have a glute hamstring developer (GHD machine), then try to recreate the movement on a 45-degree back extension machine.

If performed correctly, and used with enough weight, kettlebell swings are one of the best exercises for teaching your body to explode from the hips. The kettlebell swing illustrates the true essence of generating power with your core and transferring that explosion to the extremities (in this case, hips into shoulders). Kettlebell swings will help your clean, your deadlift, even your squat. There’s a lot of functional fitness programs that call for kettlebells now, and that’s great. But far too often these programs advocate light weight and high-rep kettlebell swings. I advise just the opposite. Try using a heavy weight for five to six sets of six to 10 reps. IM