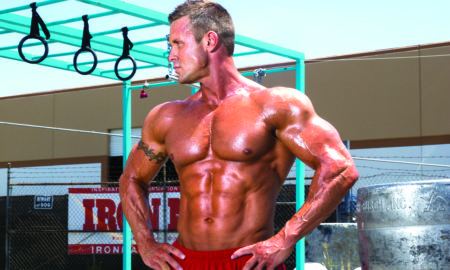 The average American consumes 3,400 milligrams of salt per day far surpassing the upper end of the recommended daily allowance of 2,300 mg per day. Why? Salt can make cardboard taste good. So what’s the harm? A study published in The Journal of Clinical Investigation has found that salt makes you hungrier.

We’ve been told our whole lives that too much salt makes us thirsty, but findings by researchers from Vanderbilt University in Germany who studied cosmonauts are proving that theory wrong. Wondering how researchers studying space travel made a discovery about salt? All nutritional aspects of diet are studied to ensure those leaving on a trip to outer space are equipped with everything that’s necessary. When unexplainable outcomes between salt and water arose, a new study was conducted.

Two groups of 10 male volunteers were locked into mock spaceships for two simulated flights to outer space. Their diets were identical except they were given three different levels of salt with their meals. Researchers found that during the periods with greater salt consumption, the men drank less and were hungrier.

Even more puzzling to Professor Jens Titze, MD was the salt the cosmonauts ate remained in their urine, but water moved back into the kidneys and body. Titze’s burning question was, “What alternative driving force could make water move back?” The findings were then tested in mice. In the mice that were on a high sodium diet, urea was pooling in their kidneys. Bodily functions, such as synthesizing urea, require additional energy in the form of food, which explained why mice that were given more salt were eating more.

The implications of this research may help explain weight gain in those who consume high sodium diets featuring processed and fast foods. Best advice: Stay within the dietary guidelines because additional salt makes your body work overtime, which may cause you to consume more calories.