Back in the Game – For Real, This Time

Please forgive this departure of my usual articles related to biomechanics and the analysis of exercise effectiveness, but I have a bit of a news flash.

I’ve returned to the bodybuilding stage.

That last contest was 10 years ago, in 2000.  I thought – at that time – that I was finished competing.  I had resigned myself to putting my future efforts exclusively toward teaching the things I had learned along the way, believing that my better years of bodybuilding competition were behind me.  Of course, I continued to train – because I love it.  But the idea of getting on stage again seemed like a thing of the past.

Apparently Lonnie Teper knew better.  At his recent urging, I agreed to prepare again for competition.   The target was the 2010 West Coast Classic, which will be held on June 26th, in El Monte, California.  The challenge – of course – was to overcome the fact that I am now 50 years old, and yet still achieve a level of development and leanness that is respectable.  At the time that I agreed to the challenge, I had about 4 months to prepare.

However, somewhere along the way, another challenge was laid at my feet – the 2010 Muscle Beach International Classic, which was to be held on Memorial Day (May 31st, 2010) – about 4 weeks before the original target date.  The Muscle Beach contest is a notable event – although not officially sanctioned, and receives a fair amount of publicity every year.  I figured it might be fun as a warm-up, even if I was not quite at my peak.

Below are some of the photos from that 2010 Muscle Beach Classic – taken this past May 31st – about two weeks ago.  I won 1st place in my division – the Over 50.  And I am now two weeks away from the West Coast Classic.  This year marks my 34th year after first competing, at the age of 16.

To those of you who have encouraged me and have cheered me on, I would like to express my most sincere appreciation.

I expect to make an even better showing at the West Coast Classic, so if you’re in the neighborhood, please consider attending the event.  Jay Cutler will be guest posing, and that should be really awesome.  For details about the 2010 West Coast Classic, log onto www.npcwestcoast.com .

I guess this proves that 50 years old is not too old to get into great shape.  It also proves that great deltoids can be built without overhead presses (which I haven’t done for over 20 years), and that Lonnie Teper is one of bodybuilding’s greatest ambassadors. 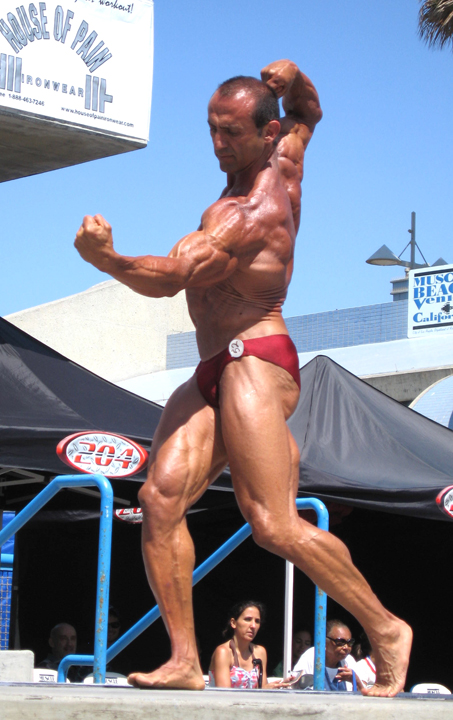