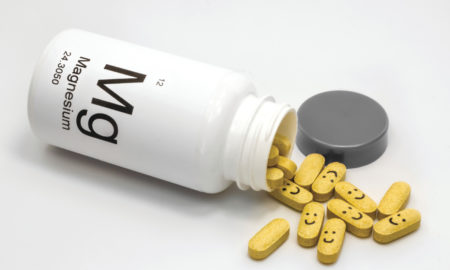 The staples of eating for fat loss have been documented for decades and there are some that have remained mostly the same since the first guy noticed he was getting a little heavy around the middle. Everyone’s looking for a trick and a secret weapon to burn off unwanted fat, but what if we told you that something as unexpected as copper could be integral to losing weight? It spiked our curiosity, too!

According to research conducted at the Department of Energy’s Lawrence Berkeley National Laboratory in California, copper breaks down fat in the human body. Lead researcher Chris Chang, a faculty scientist at Berkeley Lab’s Chemical Sciences Division, a University of California Berkeley professor of chemistry, and a Howard Hughes Medical Institute investigator, stated: “We find that copper is essential for breaking down fat cells so that they can be used for energy, [and that] it acts as a regulator. The more copper there is, the more the fat is broken down.” The bad news is that your body doesn’t produce copper on its own. But before you go shaving pennies onto your salad, there are better options of dietary copper. Foods like leafy greens, seeds, beans, nuts, mushrooms, oysters, and other shellfish are great additions to any diet and packed with plenty of dietary copper.

The Food and Nutrition Board of the Institute of Medicine has posted an estimated average dietary copper requirement of about 700 micrograms per day. They also report that only 25 percent of Americans actually get this amount! The solution is to make sure your diet includes plenty of the options we’ve listed.